Go to our Instructions for using Copyright Clearance Center page for details. Abstract In an effort to translate the superlative mechanical properties of multiwalled carbon nanotubes MWCNT to polymeric media, a novel oligomeric functionalization approach is investigated here. Industrial multiwall carbon nanotubes were subjected first to a gas-phase oxidation process followed by grafting with an amine derivative based on the reaction between diaminodiphenylsulfone DDS and triglycidal p-aminophenol TGAP.

The first used a diazonium salt reaction scheme whereby isoamyl nitrite was used to convert the aryl amine AD to the diazonium salt, which could then couple with the MWCNT through electron donation. TGAP amine derivative and the carboxylic acid on the nanotube.

It was discovered that the functionalized carbon nanotubes had a catalytic effect on the polymer system, accelerating the onset of cure. Cured specimens were then tested in oscillating torsion to determine oscillation stress increases over the unmodified polymer with increasing temperature.

Three point bend testing was then performed on cured specimens to determine the reinforcing properties of the oligomer functionalized carbon nanotubes. Testing revealed that the HBTU: Committee Khalid Lafdi, D.

Carbon Nanotubes (CNT) have attracted tremendous attention and numerous potential applications have been proposed. In this thesis study, a unique means to modify CNT surface with polymer crystals via controlled polymer crystallization method has been developed. In this thesis, Claudia Backes guides the reader through her multidisciplinary research into the non-covalent functionalization of carbon nanotubes in water. 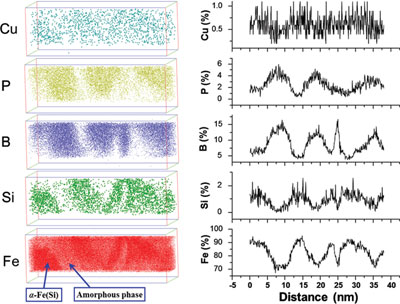